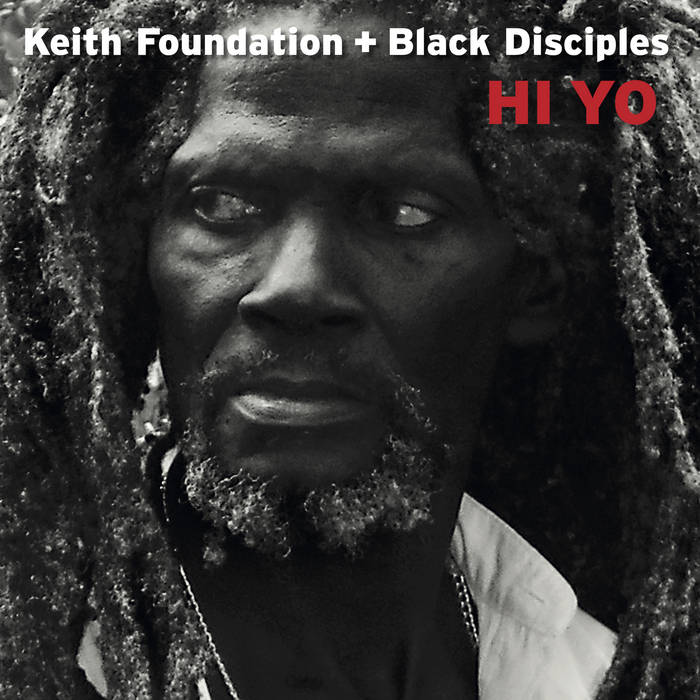 All songs were mixed in extended "discomix" format because we absolutely loved the riddims those fabulous musicians recorded. Plus imagine: Robbie Shakespeare + Horsemouth Wallace play together so rarely we wanted to make the pleasure last a bit longer and dubbier.

I was born March 26, 1952 in Saint Mary's hospital. My parents were strugglers. My mother is still around at 92 years of age and she is doing OK, not feeling any pain, which is good at that age. I had 4 brothers and 4 sisters, I have three younger brothers and sisters.

I started singing the same year Toots did the Bam Bam festival song. The following year, me and a bredrin named Bobby Trusty entered the festival contest in Saint Mary but nothing happened. The next year Trusty had left, when you're young and meet a pretty girl, you know how it goes… So I entered alone as Errol Douglas and won in Saint Mary, then I won in Portland, but didn’t win in Kingston, although many in the crowd thought I should have. It was a love song for festival, I don't remember it. Then people start thinking I was Errol Dunkley, because we both have the same first name and our last names sound similar, and at the time we had the same voice range. So I knew I had to change my name sooner or later!

I went back to the country and started a band with a few bredrin. We didn’t have money and couldn't buy instruments. Our drum was just a congo drum, but still we practiced.

I went back regularly to Kingston at Joe Gibbs and one night around 5:30, Errol Thompson auditioned me. I sang a tune called "Jah Can Do It". They laid the track with Sly, Lloyd Parks, Touter and Gladdy. But they never did anything with it. Then one day a friend of mine played me this Dennis Brown tune called "Jah Can Do It": it was my tune, except that Errol Thompson had credited himself as the song writer!

Sometimes you have to pay to learn, seen? I decided that I would never work with town producers again.

Then a friend of mine from church school took me to Jack Ruby. I auditioned 2 songs there and Jack told me I needed good harmonies, saying he could ask the Gaylads or the Heptones to sing harmonies. But I said, no let me practice with our people. Initially there were three harmonies, but one of them got a girl pregnant and had to leave so there were just two harmonies. I prefer 2 harmonies anyway. After a while we went back to Jack Ruby and recorded the song "Barriers". You can see the audition on YouTube. Jack took the song to Chris Blackwell and Blackwell loved it so we recorded a full album in 1988.

That year, we toured 4 or 5 countries in Europe with Yellowman, Donovan and a Rap group. I don’t remember their name.

Then in 1989, we recorded another album with Jack Ruby and toured the US.

But when Jack Ruby passed away, we had no management and couldn't make a move. In 1996, Chris Blackwell launched a new label in Jamaica called Island Jamaica and signed us to do the "One shirt" album. But we never toured the album because we still had no manager to take care of us.

Finally, in 1999, we toured the US on our own. Then I Pal got cancer and passed away in 2001, while Smiley decided to stay in America. I love Jamaica and I stayed here in Jamaica. I don’t want to leave Jamaica and live a foreign.

I try to make a living as a musician, I do stage shows in Jamaica, and I keep writing songs. I write songs with an acoustic guitar. I rehearse them a lot before I feel I'm ready to record them. Even for demo, I want to rehearse a lot before. But the music has changed and artists nowadays listen to riddims and write songs to the riddims. Vince Morgan from Studio One and I work together and he sometimes gives me riddims so I can write to those. Papa Curvin too. I don't prefer that, but I can do it. I prefer to work with musicians where I sing my song on the guitar, so they get the tone and can build a riddim based on my song. I have nuff tunes in my head, ready to record.

Right now, I just want to go back on the road in Europe and America and tour the new album.

Bandcamp Daily  your guide to the world of Bandcamp